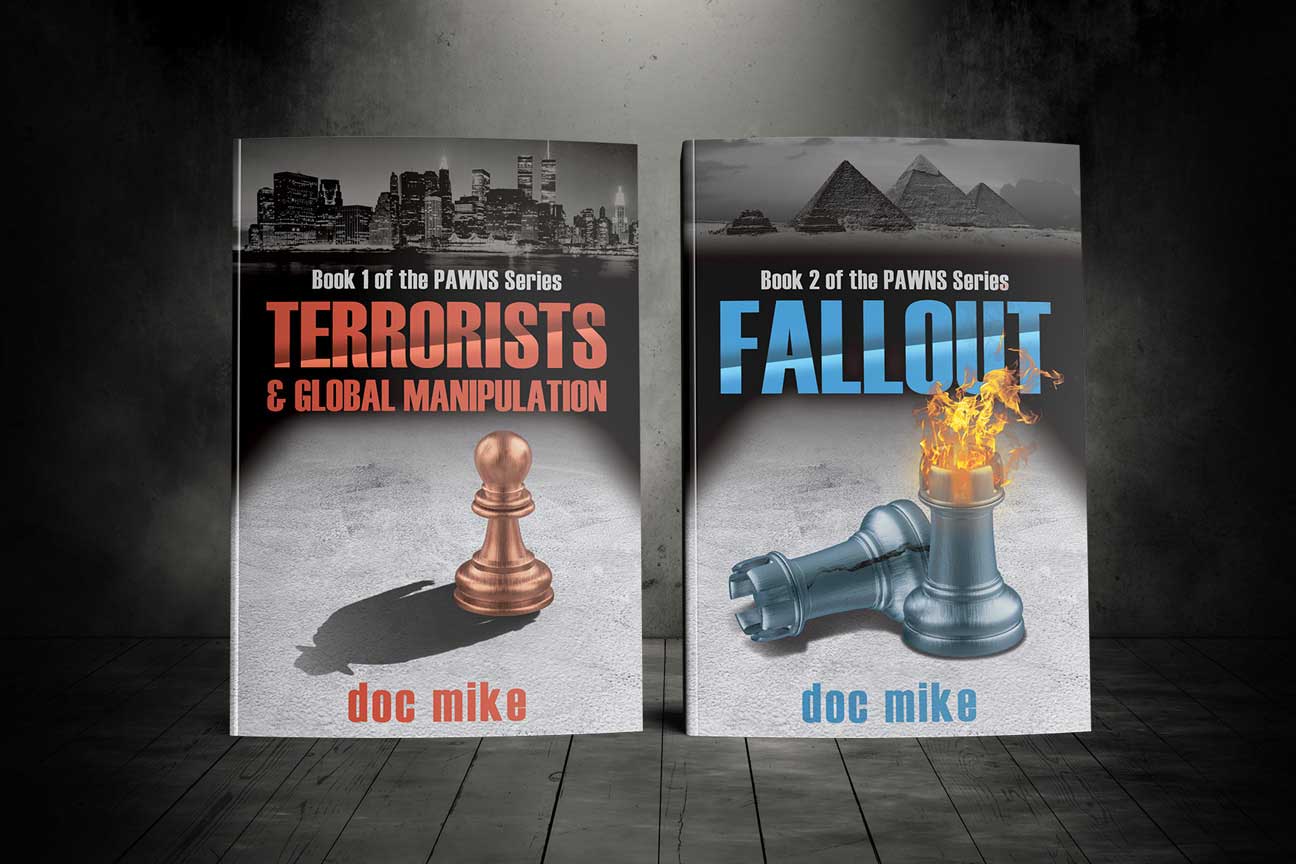 It’s 1999 and FBI Special Agent Bob Hollis is searching for terrorists in New York City. There are many threats out there—from an attempt to bomb the Empire State Building to replacing one man in the FBI with a terrorist informant. Software terrorism is just becoming a “thing,” that Hollis has to worry about, too.
There are a lot of players on the board: from the FBI to the CIA, and from independent terrorist cells to computer programming experts. Hollis needs to untangle the web and sort the good guys from the bad guys—and then figure out who is really behind the scenes pulling the strings.

doc mike holds a Ph.D. in physical sciences and engineering; logic and discipline guided his career. However, deep within, he always wanted to write a novel…so one day he began to write. Life got in the way and he set the novel aside for 15 years. Then he sat down again and wrote, and wrote and wrote. “Terrorists and Global Manipulation” is the result.

He lives in Maryland, near his adult children and when not writing, he enjoys sports and cars.